Traffic congestion is frustrating for the people who are sitting in it, but while you are fuming in your car, you may not be thinking about the impact the traffic has on the environment. Air quality if the one aspect of the environment that is most affected by traffic congestion and it is no surprise that the more cars on the road the higher the levels of air pollution. It is important to understand how sitting in traffic can affect the environment to better understand the steps you should take to limit this.

Most people assume that your car will burn more fuel when you go faster, but the truth is that you burn the most fuel during traffic. This is due to the fact that accelerating from a stop will use more fuel than continued driving. When you are stuck in traffic, you will be stopping and starting often which increases the amount of fuel that you are burning.

This increase in the burning of fuel will impact the air quality. This is due to the fact that fumes are created by your car when you have to accelerate. These fumes are generally invisible to the naked eye, but they are entering the air and decreasing the quality of the air.

The Types Of Air Pollution

There are different types of air pollution that you need to know about because each will affect the environment in a different way. This is particularly important if you live in an urban area where there is a lot of congestion. Nitrogen oxide is one form of air pollution that is toxic to humans when it is present in large qualities. This means that the area you live in could become uninhabitable of the levels are too high.

Carbon dioxide is a commonly known air pollutant which comes from the use of cars. This air pollutant is very harmful to the environment and has an impact that goes beyond the quality of the air that we breathe. Carbon dioxide has been linked to climate change which increases global temperature and has an effect on the ozone layer. A depletion of the ozone layer increases the amount of harmful sun rays which enter the atmosphere and cause medical conditions such as skin cancer.

Large amounts of carbon dioxide can also impair the function of the lung. This is something that children and the elderly are more susceptible to and can cause asthma. There are other lung conditions which have been linked to carbon dioxide from car fumes, but further investigations are ongoing.

Tackling The Effects Of Traffic Congestion

There are a number of ways that everyone can help to tackle the negative effects of traffic congestion. Having fewer vehicles on the road would be the best solution as it lowers the amount of fumes that enter the air and affect the environment. To do this, people should consider carpooling to work instead of everyone taking their own car.

Thank you for subscribing.

we respect your privacy and take protecting it seriously 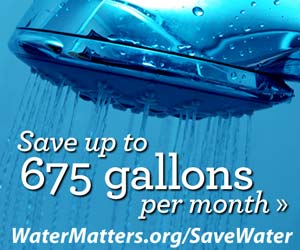